From age nine, I dwelled in the land of books at the Indianapolis Public Library. I yearned for the words to melt into my body as I held myself up against the shelves. My father died that year (aged 72) which is probably another reason why I found refuge in books. My mother was a young widow at 48, nearly 25 years younger than her husband. And yet, the whole time, she was the family breadwinner. She was the one who insisted my family emigrate from Latvia via Germany to the United States after the war. She was also the one who insisted that all things were possible. Among them, she wanted me to be a writer.

Rarely does a life go the way our parents want. Instead, I leaned into the world of theater as an actress and later as a playwright and finally, a director. I have no regrets. Well, except that I never became rich and famous. But my studies and experiences gave me a confidence that I would have found more difficult to acquire in other fields. Interestingly enough, it is in New York City where I encountered the Christ and made a commitment to follow. This transformation came directly from the Book. As I said earlier, words and books speak to me deeply.

When I became engaged to Mike Brown, after a three-day courtship, we married six months later in Atlanta and intended to begin a family right away. Such plans don't always work out the way we envision them. We moved to Maryland and still, childless, we immersed ourselves in community service, church, and para-church organizations, film, video, and theater. Our church of those early days was unique in that over sixty families had adopted children. We joined that statistic and adopted two young boys from Latvia and later, a teenaged girl from Russia. They filled our days well.

We lived in a small town which was new for me and eking out a living wage from theater became impossible, so I switched careers and returned to my first love. I got a great job with the county library system and worked my way through a number of positions that were both fun and challenging. My husband became interested in the work of our church's outreach to Namibia and Zambia. My joke had always been that "Jesus would have to sit on my bed and tell me to go to Africa . . . and then I would think about it." As a result, I missed the first trip and he traveled alone. But soon, my heart was pulled there all the same, particularly to the Village of Hope, a children's village for orphaned and vulnerable kids (toddlers - teens) in Zambia.

My husband died in 2014 and now, I am a widow as well. This is not the club that most women imagine they will join. Nonetheless, it is in this new place where I have enriched my faith, pursued my writing, and discovered that my journey is far from over. I am also finally retired from library work, but my love for the arts is still part of my heart and I am active with the Arts Collective and the Cultural Center at the Opera House in town.

In addition to completing Sister Jane, I have co-authored a memoir with my friends who started the Village of Hope. This title, Evidence Now Seen: How God Used One Couple to Touch the Lives of Orphaned and Vulnerable Children in Zambia, is also planned for a 2021 release. 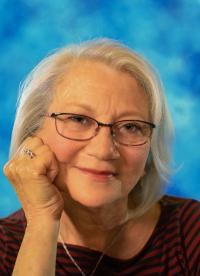 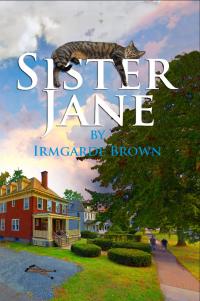